Hopefully this will end the phoney war, that some pretend exists between Britain and France, or more specifically England and France. Some commentators still talk about ‘Waterloo’ as if it were yesterday; it was 1815, not long after the war of 1812 between Britain and the USA. Strangely this is not mentioned when that ‘special’ relationship is talked about.

France and Britain have cooperated military for sometime, it makes sense that as NATO allies, and neighbours; which together spend most on defence in Europe, that we work closer together. As we did in 1905, and the ‘Triple Entente’ (an alliance between the United Kingdom, the French Third Republic, and Russia), not forgetting the first and second world wars, and more recently as we did in Bosnia.

As for a joint military force, well France and Wales have been there already, when back in 1405 French soldiers landed at Milford Haven. They and the army of Owain Glyndwr marched towards England in the hope that the English followers of Richard II would join them and raise against Henry IV. 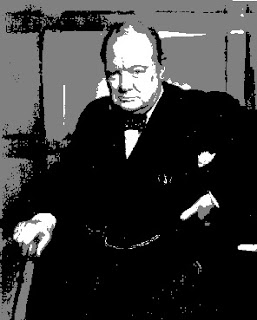 Finally, some are concerned that the agreements are the first steps towards an European Army, rather forgeting that on 11 August 1950, the Consultative Assembly of the Council of Europe adopted a motion tabled by Winston Churchill which called for the immediate establishment of a European Army so as to form a bulwark against Communism.
Posted by Rhys Williams at 11:18