Image by Nasa- Bingham Canyon Mine.

During the late 18th and early 19th centuries Parys Mountain Amlwch, Ynys Môn was claimed to be the largest copper mine in the world. There has been talk recently of the mine reopening. See report in the Daily Post

However, the mine is very small compared to the operations of today - one of the largest operating copper mines is the Bingham Canyon Mine, also known as the Kennecott Copper Mine, a open-pit mining operation extracting a large porphyry copper deposit southwest of Salt Lake City, Utah, USA, in the Oquirrh Mountains.

The mine is owned by Rio Tinto Group, who also operated Anglesey Aluminum at Holyhead.

According to Wikipedia the operations at the Bingham Canyon Mine is massive:

Employing 1,800 employees and hundreds of contractors, 450,000 tons (408 kt) of material are removed from the mine daily. Electric shovels can carry up to 56 cubic yards (43 m³) or 98 tons (89 t) of ore in a single scoop. Ore is loaded into a fleet of 64 large dump trucks which each carry 255 tons (231 t) of ore at a time; the trucks themselves cost about $3 million US each. There is a five mile (8 km) series of conveyors that take ore to the Copperton concentrator and flotation plant. The longest conveyor is 3 miles (4.8 km) long.

As of 2010, Kennecott Utah Copper is the second largest copper producer in the United States and provides about 13-18% percent of the U.S.'s copper needs. Kennecott’s Bingham Canyon Mine is the largest man-made excavation in the world, and is visible with the naked eye from space. It is one of the top producing copper mines in the world with production at more than 18.7 million tons. Every year, Kennecott produces approximately 300,000 tons of copper, along with 400,000 ounces of gold, 4 million ounces of silver, about 20 million pounds of molybdenum, and about 1 million tons of sulfuric acid, a by-product of the smelting process. Rio Tinto purchased Kennecott Utah Copper in 1989 and has invested about $2 billion in the modernization of KUC’s operations. KUCC has also spent more than $350 million on the cleanup of historic mining waste and $100 million on groundwater cleanup.

The current mine plan will expire in 2019. Rio Tinto is currently studying a plan to extend the open pit 1,000 feet southward, which would extend the life of the mine into the mid-2030s. The plan is contingent on approval by the Rio Tinto board of directors and approximately 25 required environmental permits.

Posted by Rhys Williams at 17:07 No comments: 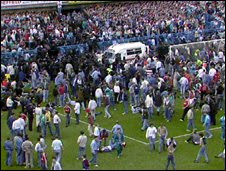 Full disclosure of all government documents relating to 1989 Hillsborough disaster.

"Full government disclosure and publication of all documents, discussions and reports relating to the 1989 Hillsborough disaster. *As requested by information commissioner Christopher Graham*"

At time of writing number of signatures 24,524.

Read More:
Liverpool Echo - Dave Prentice on why all Merseyside fans should sign....[the]...e-petition.
guardian.co.uk
liverpoolfc.tv - justice for the 96
WestHamOnline.net
Posted by Rhys Williams at 14:39 No comments:

Most fondly remembered for his portrayal of Reg Harries on the welsh soap Pobol y Cwm.

Posted by Rhys Williams at 11:37 No comments:

The largest cruise ship to visit Holyhead this year has been the Crown Princess, who's last visit to Holyhead was 6 August. She can accommodate up to 3,200 passengers and is the 30th largest cruise ship that is currently sailing. According to ShipAIS at the time of writing she was in the North Sea off Grimsby heading for Le Harve. 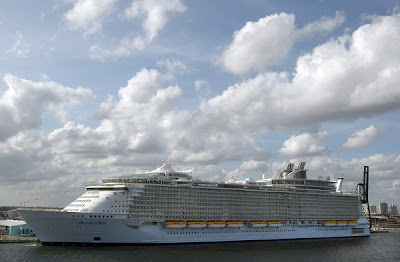 The largest Cruise Ship (currently sailing) is the Allure of the Seas. She has a capacity of 6,300 in all berths, but is very unlikely to visit Holyhead preferring the warmer waters around the Caribbean Sea. At time of writing she is currently docked at Fort Lauderdale. Keep track of all ships worldwide at marinetraffic.com

Source: Stena Line Ports and Wikipedia.
Posted by Rhys Williams at 14:26 No comments:

It's summer 'time' for some ice cream - Môn ar Lwy 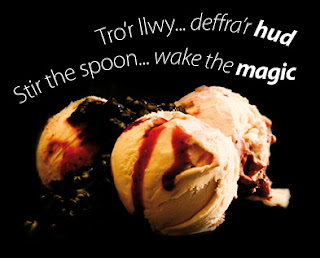 It may not have been a prolonged heatwave, but Anglesey hasn't done to bad this year weather wise. So what better way to cool down than with a mouth watering – luxury handcrafted ice cream - better still a locally produced and award winning ice cream!!

Visit the Môn ar Lwy website to find out more.
Posted by Rhys Williams at 10:44 No comments: