The current model is broken - bring back the committee. 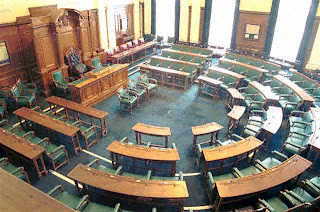 Ask yourself what is the core function of a Council?

I would reply to deliver high standard services which aspire to meet the expectations of the local ratepayer. And to deliver those services, be they i.e Planning Control or Education you need to employ professional people that know what they are doing.

In other words the day to day running of the Council should be left to those employed to do so, at the head of which would be a Chief Executive and a Board of Directors.

I have always thought the idea of a Council being run by a 'Cabinet' of Councillors was flawed. After all democracy isn't really that good at choosing suitable candidates to be given such powers. If you believe in democracy you must also accept that sometimes we will make the wrong choice.

And if you want a good example of where it has not worked,  that would here on Ynys Môn. You see when you start paying the leader of the Council £45,000 then it becomes something worth fighting for, it's a good earner. So you start asking questions as whom do I need as allies, and what would I have to promise them for their support....etc etc - and you can see already how this can quickly descend to political infighting. After all if you hadn't been chosen as leader, you'd be upset right? ...you'd want to show that they'd made the wrong choice.

And as we know at Ynys Môn this is worse when the Council has no one in overall control, by which I mean, of the main political parties. And you are left with small groups of independents attempting to form coalitions whilst at the same time trying to promote whomever the leader of their small group is, whilst also attempting to discredit any perceived threat. Of course it's then important to be in the winning group of independents, so we have the hoping frog syndrome, after all if you support the new leader he might give you a nice paid cabinet post.

And history records the house of cards soon falls down - as I said the current model is broken, time to bring back the committee.
Posted by Rhys Williams at 00:37 4 comments: 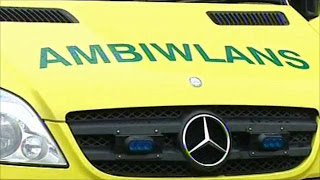 I see once again the Welsh Conservatives and their buddies, the Liberal Democrats, are "disgusted" that in March the Welsh Ambulance service failed to reach it's all Wales target of reaching 65% life threatening emergency calls withing 8 minutes. According to the BBC Welsh Liberal Democrat leader Kirsty Williams accused Welsh ministers of failing to address the issue calling the figures an "absolute disgrace".

I've posted in the past that I think the statistics collected are a bit worthless see 999 responce times and pointless statistics.

And we all know what the Conservative led Coalition in England want to do with the NHS - privatise it completely. See BBC House of Lords to debate NHS 'privatisation'

But back to March 2013 - when fast swathes of Wales was covered in deep snow, whilst the rest of us shivered in bitter cold winds, it was not surprising that the number of emergency calls in March where up by 2,069 compared to March 2012.  In fact March 2013 had the highest monthly number of Category A calls since the service classification changes introduced in December 2011.

Something both the BBC "Ambulance delays: Wales targets missed in every area." and the Daily Post  "Ambulance Service misses 999 response time target for most serious calls for tenth month in a row" think not important to point out.

But why let the facts get in the way of a good story or some political point scoring.

For "latest National Statistics produced by the Welsh Government were released on 24 April 2013 according to the arrangements approved by the UK Statistics Authority" see Ambulance services, March 2013.
Posted by Rhys Williams at 16:34 1 comment:

When asked people of Ynys Môn overall quite happy.

The BBC has an interesting report today on the well-being survey - What are the top five happiest parts of the UK?

It is a digest of the recently published Measuring National Well-being - Where we Live, 2012 by the ONS.

When asked "Overall, how happy did you feel yesterday":

Posted by Rhys Williams at 12:56 No comments:

The video below shows the Peterhead Tamar Lifeboat 'The Misses Roberston of Kintail' in action from 2009 and it was the RNLI film of the year.  The little yaught rudder control had become stuck and she could only go in a straight line.

One of the other ships seen in the video is the Far Supporter, and is there in support and to stop large waves from crashing onto the yacht. 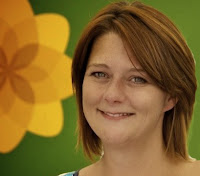 When Plaid Cymru announced whom had won the contest to be the new leader of the party following our Ieuan, I was initially concerned that Leanne Wood's first language was not welsh.

However, judging by the following video, you'd be hard pressed to even know she was a welsh learner, coming across may I add far better in welsh than she does in the english version. In fact her spoken welsh is far better these day than many other so called welsh politician.

So da iawn Leanne for showing it's possible to learn and be fluent in welsh.
Posted by Rhys Williams at 00:34 1 comment: