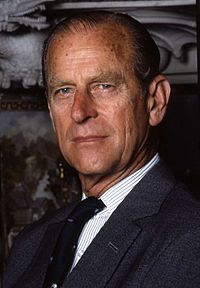 His father’s brother Constantine I of Greece married Sophia of Prussia whose mother was Victoria Princess Royal, daughter of Queen Victoria.

The son of Sophia of Prussia, Paul I of Greece married Frederika of Hanover and their daughter is Queen Sofia of Spain.

Princess Alix of Hesse, daughter of Princess Alice of the UK married Nicholas II of Russia whose grandfather was Christian IX of Denmark.

Not forgetting that Maud of Wales and sister of George V married Haakon VII of Norway whose grandfather was Christian IX of Denmark.