No nuclear storage = no Wylfa B? 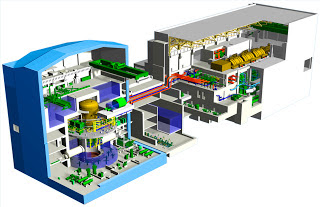 Has a decision by Cumbria County Council to pull out of feasibility study into underground storage of radioactive waste scuppered plans for Wylfa B?

As reported in 2007 "Britain must not go ahead with a new generation of nuclear power stations until it has a "clear and robust" plan in place for dealing with the twin problems of decommissioning and waste treatment, the world's leading energy body warned yesterday. The International Energy Agency also said that any new nuclear programme must be funded entirely from the private sector, without any government subsidy or market intervention."

So it's not looking good at the moment then....as the it will - will not happen saga continues....

Cumbria County Council did a proper job. They carried out major geological surveys which show that Cumbria is prone to minor eartquakes and frequent earth tremors, that it's geology is largely granite. Whereas the geological ideal for deep storage of waste is low risk of seismic activity and clay-based geology.

So they rightfully and correctly rejected this. Indeed, why should they be a nuclear dumping ground.

Strangely, the most ideal part of the UK to store waste is the Thames valley area, especially under London. Low activity, clay-based. Shouldn't be a problem - government constantly bangs on about how safe it all is.