Are we part of the EU - of course we are! 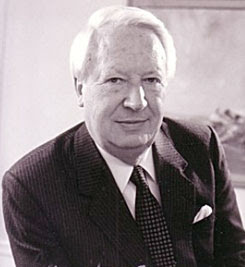 
You may have heard of the 'Heath Conspiracy', which in short alleges that in 1972, and the passing of the European Communities Act 1972 that the then Prime Minister Edward Heath committed 'high treason' and that somehow the bill was null and void etc etc....just Google 'Heath Treason'.....there was a letter about in the Daily Post in the last few days.

Part of the conspiracy argument; which I think involves the Monarchy, subsequent Prime Ministers, Parliaments and the Police, is around the English Bill of Rights Act 1689. Now this Bill shouldn't be confused with what we now know these days as a  'Bill of Rights'

The 1689 Bill of Rights does not constitute what is generally understood as a modern “bill of rights”, if by that term one means a document which defines and guarantees the basic human rights of individual citizens. Nor is it, on its own, the equivalent of a written constitution....

The Bill of Rights was an historic statute that emerged from the “Glorious Revolution” of 1688-89, which culminated in the exile of King James II and the accession to the throne of William of Orange and Mary. Its intentions were: to depose James II for misgovernment; to determine the succession to the Throne; to curb future arbitrary behaviour of the monarch; and to guarantee parliament’s powers vis a vis the Crown, thereby establishing a constitutional monarchy. (extract from House Commons Library - for full text see Bill of Rights 1689)

It should also be remembered that in 1689 not many people had voting rights.

In early-19th-century Britain very few people had the right to vote. A survey conducted in 1780 revealed that the electorate in England and Wales consisted of just 214,000 people - less than 3% of the total population of approximately 8 million. In Scotland the electorate was even smaller: in 1831 a mere 4,500 men, out of a population of more than 2.6 million people, were entitled to vote in parliamentary elections. Large industrial cities like Leeds, Birmingham and Manchester did not have a single MP between them, whereas 'rotten boroughs' such as Dunwich in Suffolk (which had a population of 32 in 1831) were still sending two MPs to Westminster. The British electoral system was unrepresentative and outdated. (extract from National Archives - Getting the vote before 1832.)

The section of the Bill of 1689 most referred to is:

But if you look at the full text:

"I, A.B., do sincerely promise and swear that I will be faithful and bear true allegiance to their Majesties King William and Queen Mary. So help me God."

"I, A.B., do swear that I do from my heart abhor, detest and abjure as impious and heretical this damnable doctrine and position, that princes excommunicated or deprived by the Pope or any authority of the see of Rome may be deposed or murdered by their subjects or any other whatsoever. And I do declare that no foreign prince, person, prelate, state or potentate hath or ought to have any jurisdiction, power, superiority, pre-eminence or authority, ecclesiastical or spiritual, within this realm. So help me God."

Of course those who might be required to take the oath is dependent on the law, which could and can be changed and has been since, after all who swears an oath to King William and Queen Mary these days?

Those who claim 'high treason' are I think.....saying that before the then Prime Minister, Edward Heath sought a vote at both Parliaments on the passing of the European Communities Act 1972 he should have either held a general election or a referendum to seek the consent of the people, or otherwise it was unlawful because it gave away power to Europe without the consent of the people.

But if that is the case surely the same could be said of Prime Minister Winston Churchill when he signed the Treaty that created the Council of Europe and subsequently the European Court of Human Rights in 1949?

Neither in my humble opinion did Edward Heath commit treason, if treason is thought of as giving away Parliament sovereignty ...after all the European Communities Act 1972 says in Section 1:

3)If Her Majesty by Order in Council declares that a treaty specified in the Order is to be regarded as one of the [EU Treaties] as herein defined, the Order shall be conclusive that it is to be so regarded; but a treaty entered into by the United Kingdom after the 22nd January 1972, other than a pre-accession treaty to which the United Kingdom accedes on terms settled on or before that date, shall not be so regarded unless it is so specified, nor be so specified unless a draft of the Order in Council has been approved by resolution of each House of Parliament. (my emphasis)

Which I think preserves the sovereignty of the Houses of Parliament.

In any event in 1975 following the General Election of 1974; where Labour in their manifesto had promised to renegotiate the terms of the treaty and hold a referendum on continued membership of the EEC, the then Labour Prime Minister Harold Wilson partially satisfied with the new terms of the treaty did indeed; as many of you may recall, call a referendum on the continued membership of the EEC.

Its an inconvenient truth for those who peddle 'UK not part of EU' -  that in 1975 67% of those who voted in the UK said they wanted to remain part of the EEC.

In my book a referendum called by a properly constituted Parliament and supported by the majority of  those whom voted trumps legislation that is over 300 years old drawn up by a Convention Parliament which  in no way was representative of the opinion of the people of Great Britain.

Don't get me wrong the Bill of Rights 1689 is sort of important in the development of UK democracy; but it's not what some would wish - for ever overriding subsequent legislation,  for this bill re-established the sovereignty of both Parliaments over the Crown.

Whether we should remain part of the European Union, albeit on the sidelines, is of course another matter, and for what its worth in my humble opinion we would worse off in the long term if we did decide to end our membership - but as they say that's another story.....
Posted by Rhys Williams at 19:20