Wylfa B - a cash bonanza? 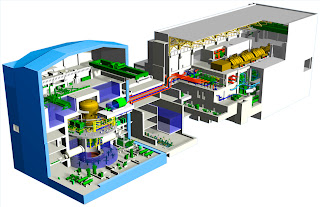 If in the long term Wylfa B gets built, quite rightly there should be some planning gain for the benefit of the community as a whole. But what can we expect in this regard. Well, a good pointer would be the S106 agreement between the developers of Hinkley C and Somerset councils.

Below is an extract from Somerset County Council website:

Somerset councils and EDF Energy have signed a landmark agreement which will deliver nearly £100 million for local communities to mitigate the impact of the proposed new nuclear power station at Hinkley Point C.....

[...which will] pay for a range of measures for communities most affected by the development, including:

Of course for both Hinkley C and Wylfa B to be built there will have to be some form of public subsidy. An article in the Telegraph says "Subsidies for new nuclear power could add £70 to annual household energy bills, Ian Marchant, the chief executive of SSE warns.

As I said a simple exercise, but it rather puts the £20 million community fund at Hinkley C into some sort of context at least, and makes you ask whether this current UK government energy policy is the best way foward to secure a safe and affordable energy supply for the future.
Posted by Rhys Williams at 12:35