Water is essential to life, and not some commodity to be traded to the highest bidder. 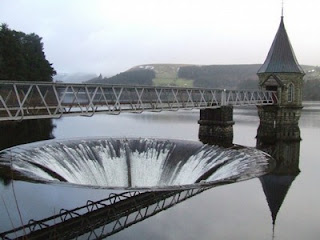 At a basic level there are many things we can do without and there are some things essential to life. Water for instance, without which none of us would be here.

So the idea that we should profit from this essential natural resource is in my opinion wrong.

But why are we talking about selling water for profit? - that'll be down to a perceived shortage of water in Southern England. Now you could blame a lack of rainfall for this current crisis, however I'm more inclined to blame to privatisation of  water companies.

It's a simple equation after all - spend on infrastructure or pay a dividend to share holders?

Now we know that water companies in South England have being spending a lot improving their network - but I ask you would they have done so if it weren't for Ofwat, and should they have spent much more?

Take Thames Water as an example, which as reported by Metro newspaper:

"Thames Water, one of seven companies imposing a ban from Thursday, loses 665million litres of water a day.

The country’s biggest supplier, with 8.8million customers, tops the first leak table of British water companies based on figures from industry regulator Ofwat. Its 25.7 per cent leak rate is five times higher than the five per cent that will be saved by the hosepipe ban.

In other words a lack of forward planning, a lack of sufficient investment in infrastructure and a simple case of profits and shareholder dividends trumping all other considerations.

Not that consumers can exactly escape the blame, no doubt we could all do things to reduce our water consumption, but a hose pipe ban is rather silly. A recent test on Radio 4 showed that when washing a car, a hosepipe if used with an attachment, actually used less water than someone using a watering can.

But back to Wales, and the idea that we should profit from water by selling it to those in need. Apparently we should treat water the same as we do oil, and profit from the very simple fact that because Wales is on western side of the UK and hence has more rainfall than counties to the south and east of England.

Now I'm not saying that we shouldn't supply water to them counties in need of water; to make up for the water that leaks from their system, or to wash cars or water gardens, however it's not as easy as that.

There's the cost of doing so, Nigel Annett, Welsh Water's managing director, told BBC Wales it was possible but the cost was "truly prohibitive".

And this also assumes that we in Wales have sufficient storage of water. Alun Attwood, water resources manager of Environment Agency Wales speaking to BBC Wales, said the idea of whether there was enough water in Wales to support a national water grid, or large-scale transfers across the border, was something that needed to be considered in much more detail. Mr Attwood said: "Our recent forecast suggests that because of the limited water available in Wales - and already some rivers are at their sustainable limit in terms of how much water can be taken from them without affecting the environment - it means that there might not be enough water to provide surplus water, or further water to England."

In other words it would cost too much and we haven't enough water storage or any sufficient spare capacity to supply others, without our needs and that of the environment being put at risk.

Of course the logical conclusion to an argument that Wales should make the most of this natural resource is too maximise potential, and to do that you'd need more storage, either by increasing the size of existing reservoirs or by building new reservoirs. And I doubt anybody is really suggesting that are they?
Posted by Rhys Williams at 13:37

They aren't in need. People in Africa are in need.