Is the UK's nuclear future in jeopardy? 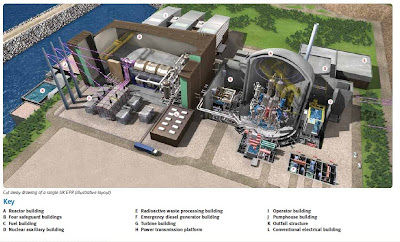 At the end of March, BBC News reported:

The energy minister Charles Hendry admits that the withdrawal of the German energy giants E.ON and RWE from a big nuclear power project in Anglesey is "clearly very disappointing".

He points out however that "the UK's new nuclear programme is far more than one consortia" and that "plans from EDF/Centrica and Nugen are on track".

However, recent reports in The Times and the Financial Times say that Centrica may be close to pulling out of their joint venture with EDF Energy to build a new nuclear plant at Hinkley Point, Somerset.

Tim Yeo, chairman of the influential energy select committee, said [to the Financial Times] Centrica's withdrawal would be a “hammer blow to the future of nuclear [power]..