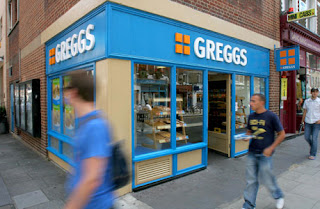 In last week budget the Chancellor, George Osborne announced a consultation on a change to VAT rules on freshly prepared food, dubbed the 'pasty tax'. But what exactly is being proposed?

Sadly, this was rather lost by the media with an obsession as to whether David Cameron or George Osborne had eaten any pasties, furthermore it was reported by some newspapers that hot takeaway food would now be subject to VAT.

But what if you sell the product cold and provide a microwave for the customer to heat the food themselves? The tax-man has already covered that possibility:

"If you sell food to be taken away for consumption elsewhere, but you make a microwave oven available for your customers to heat up the food, either before or after the till point, you are making a supply of hot food which must be standard-rated. This is the case whether or not you make a charge for the use of the oven."

No, what the Chancellor will be consulting on is a change to the following provision in relation to freshly prepared products:

"If you sell freshly cooked products for consumption while they are still hot they are standard-rated..... Some of these products are, however, not sold with such an intention They may only be hot/warm as they are in the process of cooling down. Examples include pies, pasties, sausage rolls and similar savoury products, cooked chickens or joints of meat, bread products and croissants. The liability will depend, therefore, on how you prepare and sell them."

And if they are sold "warm simply because they happen to be freshly baked, are in the process of cooling down and are not intended to be eaten while hot; or cold or chilled at the time of purchase" then the VAT can be zero rated.

From October it is being proposed that even freshly cooked products if sold hot (warmer than the ambient temperature outside) will have a standard rate of VAT.

Whilst you think about what is actually different between the supply of foods that are cold, be they consumed immediately or not being zero rated, and similar 'warm food' (even if cooling down) which may in the future have a standard rate of VAT, let me talk about the European Union.

The European Union has over the years been legislating with the aim of harmonising VAT across member states. There are currently two VAT rates member states can apply a standard rate (minimum 15%) and a reduced rate (minimum 5%). The UK has a derogation allowing a zero rate of VAT on certain goods.

What is allowed at the reduced rate is specified in Sixth Council Directive 77/388/EEC of 17 May 1977 as subsequently amended. You will recall I've talked about this directive before in my post about Wales Air Ambulance and VAT.

Which brings us on to Mr Manfred Bog of Germany.

"Mr Bog sold drinks and food prepared for consumption (in particular, sausages and chips) from three identical mobile snack bars at weekly markets. The mobile snack bars were equipped with a sales counter with a glass splashguard, below and around which ran a ‘board’ made from a material sold under the name ‘resopal’ which could be used for the consumption of food on the spot. To the sides of the vehicle, above the drawbar, there was a folding ‘tongue’, which was in the form of a table at the same height and from the same material as the ‘board’ running round the vehicle. The area where customers could consume the food was protected from the rain by a folding roof."

The European Court of Justice(Third Chamber) preliminary ruling was:

– the supply of food or meals freshly prepared for immediate consumption from snack stalls or mobile snack bars or in cinema foyers is a supply of goods within the meaning of Article 5 if a qualitative examination of the entire transaction shows that the elements of supply of services preceding and accompanying the supply of the food are not predominant;

– except in cases in which a party catering service does no more than deliver standard meals without any additional elements of supply of services, or in which other special circumstances show that the supply of the food represents the predominant element of a transaction, the activities of a party catering service are supplies of services within the meaning of Article 6.

Not unsurprisingly the UK Government says this case and others, does not apply to the UK, and it may only be resolved following a lengthy court case.

The VAT Blog in their post HMRC don't believe the WURST will happen here in the UK gives a good summary of HMRC position as detailed in Revenue & Customs Brief 19/11
Posted by Rhys Williams at 16:44