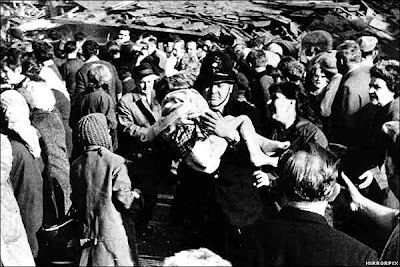 On Friday 21 October 1966, a coal tip collapsed sending thousands of tons of mud and colliery waste down Merthyr Mountain near Aberfan in South Wales, destroying a school and about 20 houses and killing 144 people. Susan Robertson, 8, was pulled alive from the rubble. 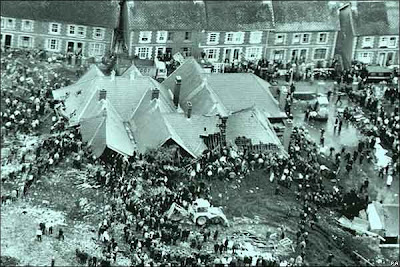 The collapse of tip seven sent a vast quantity of saturated sludge, a "dark glistening wave", higher than a house, roaring down the mountain and into Aberfan. One hundred and sixteen of the dead were children.

Pictures and words from BBC

Read more: The Aberfan Disaster
Posted by Rhys Williams at 09:40