Make this man a welshman - and be quick about it. 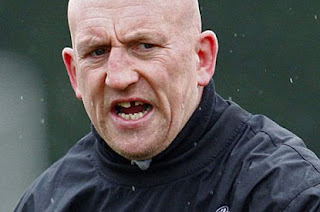 Never argue with our Shaun


Wales are through to the semi finals of the Rugby World Cup after a well earned win over Ireland. The captain of Wales Sam Warburton led by example, as the young welsh side justified the build up to the world cup as mapped out by Warren Gatland. A build up that saw Wales play many games against southern hemisphere teams. 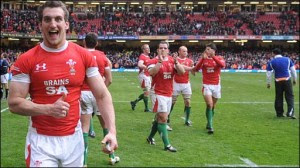 Some pint half empty commentators where sceptical of Wales chances, and critical of team selection, but I do hope they now just shut up, they quite obviously haven't got a clue what they are talking about.

The current Welsh team are the most prepared mentally and physically we have had for a long time, and possibly for the first time ready to match the strengths of the southern hemisphere teams.

And defensively Wales have also stepped up to the plate, and we have Shaun Edwards to thank for that. The rough edged defensive coach can be truly proud of what he has achieved.

Let's make him an honorary welshman and be quick about it.
Posted by Rhys Williams at 12:17