NHS in Wales - how can we improve the service? 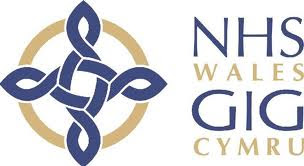 Let's be clear, the NHS in Wales needs to be reformed, it's costing too much money and we cant afford it. This means having to take some difficult decisions like moving some specialist care to centers of excellence, and either reducing level of care at general hospitals or closing them altogether. One reason for this is the shortage of trained nurses and doctors. And this is not a problem for Wales alone, a similar path is been followed in London see: BBC News Four north-west London A&E departments face closure.

We all need to ask this fundamental question: How do we; having regard to the need to make substantial savings in the NHS budget, provide a modern service that meets the expectations of the public and those of the founding fathers, at a time when the call on the NHS is growing annually?

This should be the benchmark - will my actions make the NHS better, otherwise what's the point?

As Prof Longley says We now desperately need a serious public debate about these issues. Most of the NHS in Wales provides a good and robust service; but key bits are giving serious cause for concern. Choices are now required on what to do about this. To sit on our hands and ignore the evidence is to put at risk the quality of care for future patients.

As you may know a report published in May by Prof Longley said changes are needed to the NHS in Wales. Welsh Government ministers used this independent report as justification for changes they are implementing in NHS provision across Wales.

Even I could have told them that, the days of general hospitals are over, we can't afford them and they don't provide good quality for money. Of course closing local hospitals is never going to be an easy task, most politicians think that supporting closure of their local hospital would be political suicide.

As the old adage says 'Don't like the message shot the messenger' which is what it seems the opposition parties are doing, with their rather silly motion of no confidence, because they say the report by Prof  Longley wasn't as independent as claimed.

But what will it achieve, say if Leslie Griffiths AM, Health Minister did resign, what then?

To return to my benchmark question, would this make the NHS better? - the difficult question of the need to reform the NHS would still be there, other than some cheap political point scoring nothing would have been achieved.

I suppose there will be a debate on the motion of no confidence, of which there is little chance of it being passed. Are the opposition parties really telling me that instead of the Welsh Assembly debating important issues that affect us all, they want to waste time so they can score some cheap political points. Do they really think the welsh public are that stupid?

And what is Plaid Cymru doing, come on Leanne Woods get a grip!! - remember being seen to side with the Welsh Conservatives will do you, nor your party any favours (just ask the previous leader Ieuan Wyn Jones).

As for the Welsh Conservatives whom according to latest opinion polls are less popular than UKIP, are these the first salvos in Shadow Health Minister, Darren Millar AM bid to become the next Welsh Conservatives leader? - after all, even though I might disagree with what he says, he does seem to be the most effective Conservative AM of recent times.
Posted by Rhys Williams at 14:00