TATA to build factory by Wolverhampton - the Enterprise Zone wat did it? 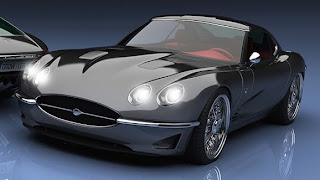 If only the Welsh Government had got it act together and followed blindly the policies of the Conservative led Coalition Government on enterprise zones, the new engine factory could have been built in South Wales. Or that is what the Conservatives and some in the media want us to believe.

TATA the Indian owned car manufacturer, had decided that rather than buying engines from Ford plants including Bridgend and Dagenham, they are to build their own engines. What affect this will have on the viability of the Ford plants is not known.

There was some speculation that TATA would build the new engine factory in India, were it already has a production plant for it's Freelander 2, but seeing the local difficulties they have had over there (see:Indian state to return Tata factory land to farmers) maybe the UK was a more appealing prospect.

As reported by Reuters:

Mike Wright, executive director at Jaguar Land Rover said they had considered building the facility in a number of locations within the UK and outside the UK.

"One obvious location would have been India," Wright told journalists.

"There are a whole host of factors that go into these decision ... but on the balance of all of those factors, we determined with the support of Tata Motors, in this instance, the UK was the best option," he said....

"Clearly, situating it almost equidistant between our Halewood, Solihull and Castle Bromwich plants does have efficiency benefits," said Wright.

As part of its growth strategy and investment, Jaguar Land Rover is targeting 40 new products over 5 years, as it eyes emerging market growth.

"(The site) will enable us to accelerate our new products to penetrate new markets," said Wright.

"Our latest investment decision follows a period of rising sales, rising demand and rising profitability," he said, adding that the business is performing in line with expectations...

...Jaguar Land Rover already employs more than 19,000 people in Britain and supports up to 140,000 jobs. It has been boosted by strong demand from emerging markets such as Russia and China for its cars.

"As we invest 1.5 billion pounds a year for the next five years on new product developments, expanding our engine range will help us realise the full global potential of the Jaguar and Land Rover brands," said Ralf Speth, JLR CEO.

In the last few years, TATA through growth in sales in Russia and China have managed to turn around a loss making company to one with growing profits year on year. In 2009 there was speculation that TATA would have to close one of it's plants in the UK. (see Jaguar Land Rover to close factory)

Sky News reports that Nick Clegg, Deputy Prime Minister of the Conservative led Coalition Government, said he was "delighted" by the decision.

He said: "Growing our economy has to be the number one priority for Britain, and the Government is not sitting on its hands. With initiatives like the Regional Growth Fund, putting up to £10m into this new plant and Enterprise Zones boosting growth across the country, we're making the UK a better place to invest and do business."

Enterprise zones will benefit from:

The Regional Growth Fund which is giving £10 million to TATA is a £1.4bn fund operating across England from 2011 to 2014. It supports projects and programmes that lever private sector investment creating economic growth and sustainable employment. It aims particularly to help those areas and communities currently dependent on the public sector to make the transition to sustainable private sector-led growth and prosperity.

The second round of bidding to the Regional Growth Fund ended on the 1 July 2011. 492 bids were received with a combined total value of £3.3 bn. The Government welcomed this positive response to the Fund.

And that fact is quite interesting, the bid for the £10 million for TATA had to have been made by 1 July 2011, before the Conservative led Coalition Government announced the 21 English enterprise zones on 17 August 2011.

There is no equivalent regional growth fund in Wales or Scotland.

To conclude TATA decided to open a new engine factory outside Wolverhampton, because it's a logical decision and the proposal was being discussed with local Councils and Government well before the new enterprise zones had been announced.

Also in order to match the offer, the Welsh Government would have needed to find more than £10 million pounds.

Don't get me wrong, the decision by TATA to open a new factory by Wolverhampton is good news, but I have a feeling that enterprise zones, or lack of them, had little if anything to do with the ultimate decision.
Posted by Rhys Williams at 16:08

Absolutely the square root of F-All to do with Enterprise Zones.

It's being built there because the motorway and rail network is already there to support it. 2 hours from Wolverhampton gives you access to virtually every car plant in the UK and virtually every parts supplier. A large already skilled workforce sat on the dole. Freight ports to and from Europe. Freight ports to Ireland/North America. Large scale Service and Support industry to maintain your effort. High quality fibre optic.

Doubtless people will say Wales could have pushed Parc Cybi. No it couldn't. There is simply not enough people between Llandudno and Caernarfon to provide the direct workforce and indirect support workforce and that's before you start to look at all the other issues.

Conceivably South Wales population-density wise but that fails on virtually every other point as well.

Historically the English Midlands was the seat of large scale engineering largely because of access to the same things as today.

Am I the only one who thinks the Welsh Assembly and Welsh Government in particular are a major embarrassment to Wales and especially so, all those proud Welsh people out there?

What can we democratically do about it? Seek another election. And fast.