The 'Olympic Flame' and those 'special containers' 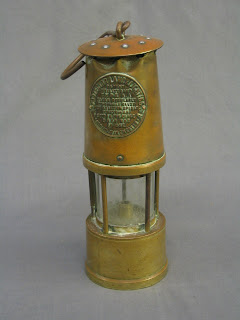 The flame was carried in a special plane; to an airport that 'had been preparing for six months for its arrival, in special containers, in special seats, by special people, as the BBC said it was a special occasion -specials all round then.

There are four flames just in case - maybe they are numbered The Flame, Standby Flame 1, Standby Flame 2 etc, though as the flame seems to be a living thing, could Stanby Flame 4 be most upset? - "I'll never get a chance to show off my brilliant flame" it said.

Maybe they are given turns - "OK flame 3 it's your big day, today you are the Olympic Flame - were just passing through Swansea.....Oh no its gone out."

Any hows returning to the 'special containers' they would be Davy Lamps, a version of which is shown above, and the following is an extract from  Wikeipdia:

The Davy lamp is a safety lamp for use in flammable atmospheres, consisting of a wick lamp with the flame enclosed inside a mesh screen. It was invented in 1815[..] by Sir Humphry Davy....

The manufacturer of the London 2012 Olympic 'Davy Lamps' are  Protector Lamps from Eccles.

The torch relay has been wonderful, it's really great to see how so many folks have helped their local communities by volunteering so much of their time and expertise especially helping the young or disadvantaged.

However, I get the impression you feel differently?
That's the beauty of Britain, we actually allow differing views to be expressed!