A  headline this week in't popular media is 'Sister ship' of Costa Concordia as a result of a fire in  engine room was in difficulty at sea.

Whilst maybe for the media it's an useful tag to justify what otherwise would be a non story - a ship as sea looses power due to fire, it is nevertheless poor journalism.

According to Wikipedia a sister ship is a ship of the same class as, or of virtually identical design to, another ship. Such vessels share a near-identical hull and superstructure layout, similar displacement, and roughly comparable features and equipment. 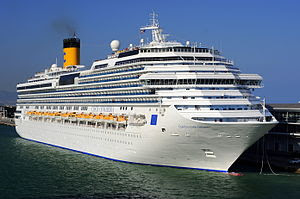 The 'Costa Concordia' seen above, which tragically ran aground off the coast of Italy on 13 January 2012, was first launched 2 September 2005. Which incidentally begs the question how could a ship just over 6 years old in today's GPS world manage such a tragic manoeuvre? 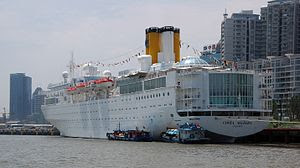 This week the cruise ship 'Costa Allegra' as seen above lost power due a fire in in engine room. The 'Costa Allegra' was launched 29 April 1969. Which means this April she is 43 years old.

Call me pedantic, but to say that a ship 42 years old is a sister ship of a 6 year old ship is rather stupid. You may say it's not important, but for me it's basic journalism, and if they cant get that even right whom are we to trust......

Totally agree with you. The media are quick to jump on anything for a story. Total half wits!